Electric communication will never be a substitute for the face of someone who with their soul encourages another person to be brave and true.
- Charles Dickens

“Please sir, I want some LESS”

Oh, wait. That’s not how it went. “Mr. Limbkins, I beg your pardon, sir! Oliver Twist has asked for MORE!”

It seems very clear to me that we live in Dickensian times. Pompous asses on television and many public media tell us that the rich are rich because they deserve it. Because they are more useful to society than everyone else. They are the “Job Creators.” There seems to be no economic data to support the idea, but it is spouted with fanatical religious zeal as Truth. (Or what Stephen Colbert refers to as “truthiness.”)

On the contrary, there is good economic data to support the beginnings of protest against the “One Percent.” According to the Economic Policy Institute, 39% of the increase in income from 1979 – 2007 went to the top 1% of income “earners.” (http://w3.epi-data.org/temp2011/BriefingPaper310.pdf)  According to data from the Congressional Budget Office reported by Mother Jones, from 1979 to 2007, the share of income in the United States declined for the bottom 20% of incomes by almost one-third. In fact, the share of income for all groups below the 20th percentile of income level declined over that period. Who got the benefits? Well, the top 20% saw an increase in their share of the total pool of income by about 25%. Ah, but there was a lot more income to go around than that! The top 1% — the famous “One Percent” — saw their share of income increase by more than 120%!  (http://motherjones.com/politics/2011/02/income-inequality-in-america-chart-graph) The Scrooges of the world. The Jacob Marleys.

But in a way, we don’t live in truly Dickensian times. Workplace conditions are far better. Support services are much more available. Medicine is improved; we have Medicare, Medicaid, Social Security and OSHA; we have an EPA and a Clean Air Act and Clean Water and treated waste water so clean we could drink it. We haven’t been seeing the killer fogs of 19th Century London or 1975 Pittsburg, or toxic dumps like Love Canal. Lake Erie hasn’t been on fire for decades, and isn’t likely to, again. 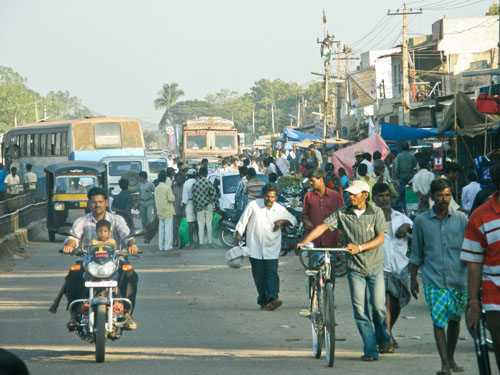 India - not even rush hour

Oh, yeah. We did have the Deepwater Horizon spill pouring raw oil into the Gulf of Mexico for months, and the Fukushima No. 5 nuclear reactor, and Hurricane Katrina, and the earthquake in Haiti, and sea level is likely to rise several feet within my lifetime — displacing billions of people. That’s Billions of people. With a “B.” Thousands of Millions. Mostly Poor people. People that may not really matter any more than polar bears. Still, I can’t even begin to imagine the horrors of being poor in London in Dickens’ time. There still are such places around the world, but we don’t often see them.

Where we seem to be approaching a Dickens novel most closely is in the attitude of the greed-mongers. Cal Thomas of Tribune Media Services, a “conservative” commentator appearing in my local paper, wrote a few months ago, “This president [Obama] is trying to engage in class warfare and shooting high-powered bullets at people who have corporate jets, but the bullets pass through those wealthy people and hit blue-collar workers who rely upon those wealthy individuals who risk the capital to create jobs.” You see, the poor should be grateful to those with corporate jets, because the poor rely on them for their jobs. ”Scrooge had a very small fire, but the clerk’s fire [Bob Cratchit's] was so very much smaller that it looked like one coal. But he couldn’t replenish it, for Scrooge kept the coal-box in his own room; and so surely as the clerk came in with the shovel, the master predicted that it would be necessary for them to part. Wherefore the clerk put on his white comforter, and tried to warm himself at the candle; in which effort, not being a man of a strong imagination, he failed.” 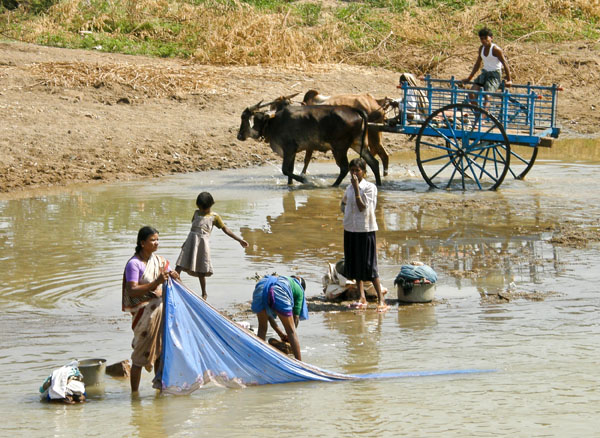 India - wash day in the river

Similarly, the Heritage Foundation, presumably supported by lots of people who are struggling to keep mounds of food on their tables and corporate jets in the air, have discovered that the poor aren’t really poor. “Each year, the U.S. Census Bureau releases its annual report on income and poverty.  This report, though widely publicized by the press, provides only a bare count of the number of Americans who are allegedly poor. It provides no data on or description of their actual living conditions. While poor households were slightly less likely to have conveniences than the general population, most poor households had a wide range of amenities. As Chart 2 shows, 78 percent of poor households had air conditioning, 64 percent had cable or satellite TV, and 38 percent had a personal computer.” (cited on Homebrewed Theology http://homebrewedtheology.com/when-the-poor-arent-poor-enough.php)

I always used to think Charles Dickens was exaggerating. Perhaps not.

“Are there no prisons?” asked Scrooge. … “And the Union workhouses? Are they still in operation?… The Treadmill and the Poor Law are in full vigour, then?” said Scrooge. “Both very busy, sir.” “Oh! I was afraid, from what you said at first, that something had occurred to stop them in their useful course,” said Scrooge. “I’m very glad to hear it.”

“Under the impression that they scarcely furnish Christian cheer of mind or body to the multitude,” returned the gentleman, “a few of us are endeavouring to raise a fund to buy the Poor some meat and drink. and means of warmth. We choose this time, because it is a time, of all others, when Want is keenly felt, and Abundance rejoices. What shall I put you down for?”

“You wish to be anonymous?”

“I wish to be left alone,” said Scrooge. “… I don’t make merry myself at Christmas and I can’t afford to make idle people merry. I help to support the establishments I have mentioned — they cost enough; and those who are badly off must go there.”

“Many can’t go there; and many would rather die.”

“If they would rather die,” said Scrooge, “they had better do it, and decrease the surplus population. … It’s not my business,” Scrooge returned. “It’s enough for a man to understand his own business, and not to interfere with other people’s. Mine occupies me constantly. Good afternoon, gentlemen!” 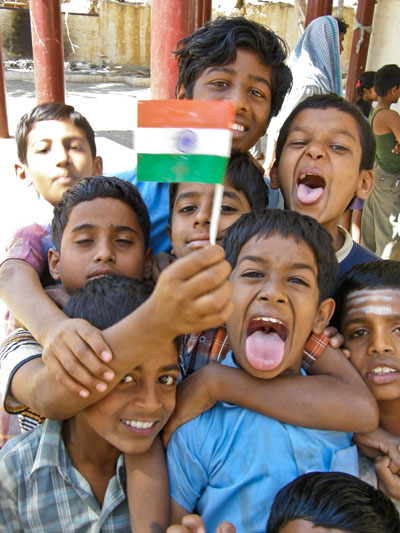 But you, my beloved readers, already know all that. You don’t see the rich as superior to the poor. You even help the poor. You volunteer; you bring canned goods to food drives, you despise Walmart; you write your congressional representatives in support of preserving welfare and Medicare and Social Security. You support public education and want healthcare to be readily available to everyone as a basic human right. You may well have conflicted feelings about trade unions and GATT and NAFTA and buying shoes made in Indonesia. You recycle.

What more can you do?

That brings me back to my title, and the famous line from Oliver Twist. “LESS.”

We need a new definition of “Rich.” We need to stop craving MORE.

I’ve run on long already, so I’ll pick up this thought in my next post, but in the meantime, let me close with a story I’ve found myself telling and retelling a lot lately. Perhaps you might want to tell it and retell it, too.

The story is about John Muir, who was an astounding businessman, in addition to being a remarkable naturalist, geologist, philosopher and writer. Muir made $100,000 in ten years growing fruit in Martinez California. That’s in an era when a daily wage was typically less than a dollar. It might have even put him in the top 1%. At that point, he and his wife agreed that he didn’t need to farm anymore, and he could go back to fulfilling his passion: being in and learning about the natural world.

It seems that later in his life, Muir was on an expedition to Alaska, to study plants and animals and especially glaciers, with the expectation of confirming his radical theory that the features of Yosemite and much of the Sierra Nevada were formed by glaciers in an Ice Age.

The expedition was a large one, sponsored by E.H. Harriman, the railroad magnate, one of the wealthiest men in America. Muir was already a renowned naturalist and writer, but probably presented a less-than-elite appearance as he was sitting near the campfire among the working class porters and crew. The story goes that the porters were talking about how rich Harriman was, and Muir quietly chipped in, “He’s not so rich. I’m richer than he is.”

That must have shut everybody up. “What do you mean?” someone queried. 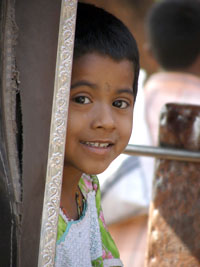 More about less, next time.