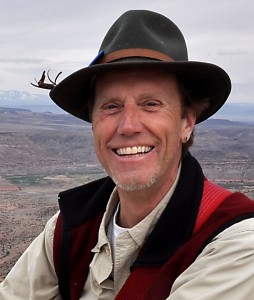 My life has been anything but a straight line. I’ve been a research physicist, pastor/preacher, Eagle Scout and scoutmaster, author, photographer, restaurant developer, wilderness advocate/community organizer, bodyworker (massage and other healing modalities) commercial river rafting guide. I’ve served on three Boards of Directors of non-profits, volunteered as an actor, ski instructor for people with disabilities, and helped build homes for poor families. I’ve been heralded, praised, and cheered; I’ve been chastised, blamed and condemned. I’m a singer, pianist, and most importantly, father, listener, healer, lover.

That’s just some of what I’ve done. I am fundamentally an observer of humanity. I notice things. I notice people. And then I connect the people and things I notice, in ways other people don’t seem to be connecting. And I do it with compassion and love.

And when I tell people about what I see, and what connections I make, sometimes people want to stone me, sometimes run me out of town, and sometimes they say, “I’ve never thought of it that way before. That’s really helpful!”

The latter reaction is what causes me to blog.

It’s the former reactions that caused Voltaire to remark,

“It is dangerous to be right in matters where established authorities are wrong.”

Consider Socrates, one of the greatest thinkers ever. He described a man sitting in a cave with other people; they were all prisoners facing a wall where shadows were being projected and echoes were resounding. The others all saw the shadows and heard the echoes and believed they were real, and discussed them fervently, but one man was released and could see the objects making the shadows. He no longer considered conventional wisdom about shadows and echoes as having any interest. He became more interested in the realities creating the shadows. Socrates was tried, convicted, and sentenced to death, by drinking hemlock poison.

While I doubt I would ever face Socrates’ fate, I choose to write with a pseudonym.

I call the blog, “With All Due Respect…” because the phrase usually means, I’m going to say something you aren’t going to want to hear. Sooner or later, I hope I will say something that challenges some deeply held belief you have. For different people, that will happen with different beliefs, I’m sure. But if I haven’t said something that calls you up short within a few posts, I may be really doing something wrong.

But I will say it with genuine respect. Respect for you. I intend to always offer respect for ideas when it seems called for, and both respect and compassion for people, even when it doesn’t.

I’m sure you’ve already figured out that the things I comment on will mostly be ideas where respect for conventional wisdom doesn’t seem due.

I am a firm advocate of truth, but even more so of knowing what we know, and what we just think we know. While I do in fact believe that for some matters there is objective truth that can or cannot be verified, most of what we deal with is illusion. Partial reality. A mere shadow of what’s real.

If you are among those who are often insisting on knowing “whether something is true or not,” I may disappoint you. Most such people are actually looking for CONTROL. I won’t often help you there. The pursuit of control is rarely a fruitful one. Over and over in this blog, I will ask you to let go of it. I hope you’ll find it worthwhile, as so many others have before us.

I do not have an army of fact-checkers. I will try to confirm facts as much as I can do easily. You could do as much yourself, no doubt. And I welcome feedback telling me when I got my facts and my opinions wrong. I do take all such input very seriously.

But the more important question I’d like you to ask is not whether what I say is true, but whether what I say is useful. Does it help you lead a better, more satisfying, more compassionate, more meaningful life? If it does, keep reading, and let me know how it helped. If it doesn’t, then let it go. Read something else instead. Or go make love, hug a child, climb a mountain, get outside and breathe in this beautiful and grace-filled world. I’ll be with you in spirit there, too.

Thank you for joining me on this journey. May it be filled with blessings and joy, healing and tenderness, love and grace.