Whenever people agree with me, I always feel I must be wrong. – Oscar Wilde

Lord, when we are wrong, make us willing to change. And when we are right, make us easy to live with. – Peter Marshall.

Some of you may know that one of the things I enjoy most right now is teaching skiing for people with disabilities at Telluride. This past week was an annual event called, “Expand Your Horizons Camp.” There were sit-down monoskiers (mostly people with spinal injuries), people with visual impairments, amputees, veterans with a variety of conditions, and I’m not even sure what all else.

Part way thru the week, one of the other instructors called me over. “Here,” she said to her student. “Talk to JD. He’s our guy for knowing about bodies.” (Not the dead kind and where they are buried, nor the automotive type that needs Bondo after a fender-bender, but as the song says, “muscle, meat and bones.”)

So I agreed to listen. As the story unfolded, this veteran from the US military revealed that he had lost most of one of his lower legs in an explosion, and also had some TBI (traumatic brain injury), which together were causing balance and stability problems. He could hardly stand in one place without teetering back and forth, and frequently came close to falling. Bear in mind, this is a middle-aged man who’s just come in from being out skiing!

What prompted his inquiry was that he had just discovered that when trying to catch himself from falling, he couldn’t move one leg in behind the other, and was interested in my suggestions for exercises he might do to strengthen his ability to catch himself, and gain more stability. So, we spent some time exploring what his abilities and limitations were, and I offered some possible suggestions for exercises to strengthen what muscle control he still has.

As tragic as his condition might seem, he was pretty good-natured about it. I was amazed.

But the thing that struck me was his comment, referring to how he catches himself from falling, “I’m probably doing something wrong.”

Now— How  often is that an attitude that you or I hold, as well? Is that a disability in itself?

And just to be sure I wasn’t missing it, he said it several times. 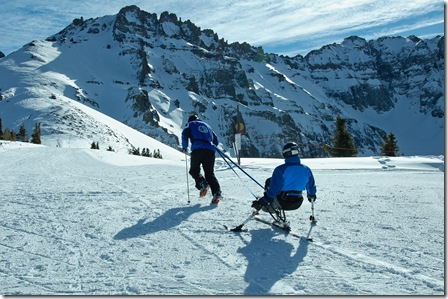 Most parents are very busy teaching their children “right from wrong.” It’s wrong to poke your sister’s eye out. It’s wrong to tie cans to the dog’s tail, and laugh at the way he runs around the yard trying to get away and spins in circles, and tucks his tail between his legs and barks and bites at the … (oops!). In fact, for many people, there’s a pretty good chance that almost anything you might laugh at, is probably WRONG. It’s wrong to giggle in church, or fidget at the dinner table, or make your brother laugh so milk goes up his nose and all over his plate. It’s wrong to move your head in the middle of your golf swing, or to keep your skis so close together your boots touch while you’re turning, or put your weight back behind your feet, or look down at your skis, or … 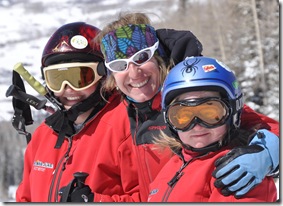 And while we’re at it, how about the words “good and bad”? I can’t tell you how often I cringe at, “He’s such a good baby!” A good baby is a quiet baby. A good child is obedient, passive; eats whatever is put in front of her (“she’s such a good eater!”); never challenges authority; never gets angry; does his homework before he goes out to play; writes thank-you notes; is always early; sticks to the rules; in short, is considered, RESPONSIBLE. But in fact, is making life easier for her parents.

“You’re doing it wrong, stupid!!!” – Does that echo in your brain as it does mine? Does it bring back chills from childhood?

It’s true we simplify the world for children. We divide it into good and bad, black and white, right and wrong. There’s a right way to do things. And a wrong way. You either got the answer right, or got it wrong. If only life were really that way. Like grade school tests. Wouldn’t the world be a much simpler, easier place? (Of course, orthodox Jews and fundamentalists of many stripes divide the world into clean and unclean, with similar pitfalls. That’s a lot of what Jesus tried to help people understand: “The Sabbath was made for humanity, not humanity for the Sabbath.”)

But that’s how many people teach their children. It’s easier that way. More controllable.

The problem is, too often we keep those lessons from childhood in our moral refrigerator long past their expiration dates.

How could we speak, instead? How might we think instead?

How about if “right and wrong,” and their BFFs, “good and bad,” were reserved for actual moral judgments. What if instead of, “You’re doing it wrong,” we said, “That may not lead to the results you desire.” Or, “There might be an easier way(more efficient, quicker, more effective, more reliable).” What if we replaced, “You should do it this way,” with, “You might like what happens better if you try this.”

Of course, it’s not just the word that’s the problem. It’s the presumption.

There are so many other ways to go thru life other than presuming we’re wrong, and alwasy noticing what didn’t meet expectations. Did that wounded skier notice all the things he was doing  that were working out well? He was catching himself from falling! Isn’t that pretty right?

Have you ever thought about how many muscles it takes just to stand still? Do you know how many times a second your body is micro-calibrating its position, adjusting all those hundreds of muscles? 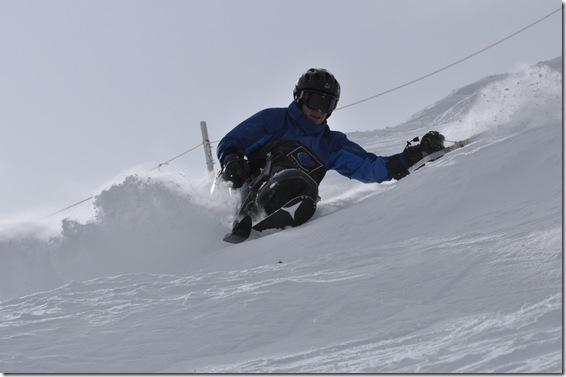 You know that place below your kneecap where the doctor hits you with a hammer to test your reflexes? That reflex is designed to keep you from falling. Imagine the compensation you’d have to use if that wasn’t there!

Or try skiing real slow some time. Or ride a bicycle at a crawl. It’s HARD!! It’s much easier to go fast. We call it “dynamic equilibrium.” Now imagine what it takes to stand still. It takes months for babies to learn to do it well. Now try it with a bunch of your muscles and nerves missing. Could that skier have said instead, “What I’m doing is keeping me from falling over most of the time, but maybe there’s something I could do to fall even less often, or sway or stagger less, or feel more comfortable or get less tired.”

Most of us have a tendency to take for granted so many things we’re constantly doing well.

So my wish for you is that instead of echoes in your head saying, “I’m probably doing it wrong,” you’d have echoes saying, “I’m doing so much that’s turning out the way I want it to. I’m going to look for ways to make it happen even more.”

I may be wrong, but…